Lebanese Businessman Returns to Beirut after Detention in Ethiopia 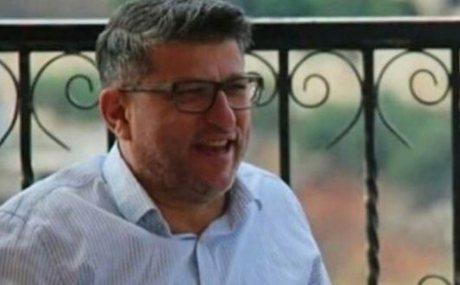 Lebanese businessman Hassan Jaber who had been detained in the African nation of Ethiopia returned to Beirut on Tuesday.

Jaber arrived in Beirut coming from Gabon where he was flown to it on Sunday after contacts between authorities to free him.

MP Yasin Jaber was at the airport to receive Hasan Jaber, he said: “We have demanded that an envoy sent to Ethiopia to ensure that what happened with Hasan Jaber will not happen again because this airline is frequently used by Lebanese.”

MP Hassan Qobeissi was also at the terminal dispatched by Speaker Nabih Berri, he said that Ethiopia's airport “is not safe for the Lebanese after what happened with Hasan Jaber.”

For his part, Hasan Jaber said: “It seems that the Israeli Mossad was behind my arrest in Ethiopia.”

Jaber was kidnapped in Ethiopia while traveling from Gabon to Beirut via Addis Ababa airport on Sept. 7.

On Sunday, Lebanon’s ministry said that Hasan Jaber will head from Ethiopia to the African nation of Gabon and later will return to Lebanon.

Some Lebanese media outlets have speculated that Israel or the United States might have been behind Jaber's arrest.

The ministry did not give any explanation why Jaber was held in Ethiopia.

They should have abducted him and let him rot in a clandestine cell in some remote place till he spilled all he knows about his terrorist organization.