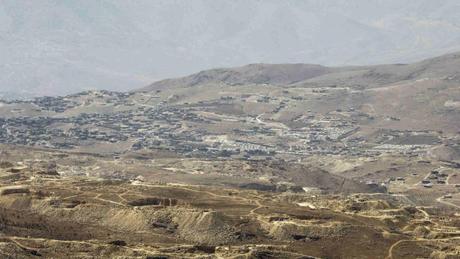 A Lebanese hunter died on Saturday after he was shot by Syrian border guards the day before, the state-run National News Agency and an AFP correspondent reported.

Abbas Raad was "shot at by police guarding the Syrian border", according to the National News Agency.

The 55-year-old father of three was hunting with four others in the Lebanese-Syrian border area, according to the AFP reporter.

Raad and two others were wounded by the gunfire and taken to hospital in Syria, where Raad died on Saturday, the AFP reporter said.

The two other hunters were taken into custody by Syrian border police, he added.

All five were from the northeastern Lebanese city of Baalbek, the reporter said.

"They were in the arid highlands near the village of Tfeil" in the border region at the time of the incident, according to the reporter, who said Raad's family will travel on Saturday to Syria to recover the body.

Lebanon and Syria share an unmarked border of several hundred kilometres (miles), long stretches of which are often devoid of any military presence from either side, making it prone to crossings by hunters and smugglers.

Bassil will cut short his month-long paid for vacation and file a complaint with the United Nations while Nassrallah is contemplating an appropriate military response.

3 children only from his 5th wife, dude!

They did Lebanon a favor, he was a serial procreator .... and it should be criminalized. A creator of misery.