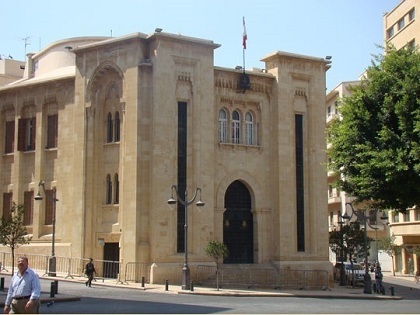 A general legislative session was held in Parliament on Tuesday during which a dispute erupted between Prime Minister Saad Hariri and Strong Lebanon bloc lawmakers over a clause on the construction of a water dam in the northern region of Dinnieh.

The parliament was set to discuss 19-items on its agenda including a suggestion presented by Strong Lebanon bloc MPs to eliminate a clause that calls for employing those who passed the Civil Service Board exams.

The bloc, led by Foreign Minister MP Jebran Bassil, had submitted the draft law that calls for the elimination of part of Article 80 from the 2019 budget which preserves the right of employment in state-positions for applicants who passed the Civil Service Board exams.

The bloc and President Michel Aoun (FPM founder) refuse their employment for what they believe was “sectarian imbalances.”

Prime Minister Saad Hariri angrily left the legislative session to rejoin it shortly following a dispute with Strong Lebanon MPs over a construction project of a water dam in the northern region of Dinnieh.

However, the law was approved and the Justice Ministry was given one month to run investigations into the matter.

In parallel with the session, protesters rallied in Riad el-Solh Square near the parliament stating their opposition to the draft law suggested by Bassil that will deny them the right for employment in state positions.

Other protesters rallied rejecting a draft law having to do with a new rent law.