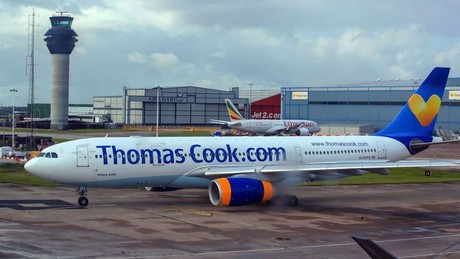 Turkey's tourism minister said Friday he was unconcerned by the collapse of British tour operator Thomas Cook as he unveiled ambitious plans to make the country one of the world's top holiday destinations.

"Nobody should be concerned by this," said Mehmet Ersoy, speaking at a conference in Istanbul to outline Turkey's tourism strategy.

"By 2020, we will see an increase in the number of visitors to Thomas Cook destinations."

He said Turkey was holding talks with EasyJet, British Airways and others in the coming days to finalise plans for more flights into areas affected by the Thomas Cook collapse, particularly the resort of Dalaman.

Turkish tourism has recently recovered from a sudden 25-percent decline in 2016 caused by a spate of terrorist attacks and political unrest.

At the heart of the new strategy is a major increase in worldwide promotion from $80 million to $180 million over the next year.

President Recep Tayyip Erdogan has made tourism a strategic priority, and the goal is to increase visitors from 55 million to 75 million by 2023, the 100th anniversary of the Turkish republic, with earnings hitting $65 billion.

Cruise ship arrivals are expected to nearly double with the imminent completion of one port in the Istanbul hub of Galata and another due for construction in nearby Yenikapi.