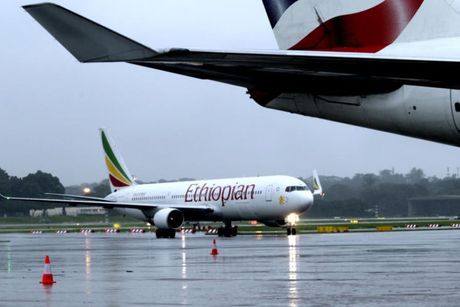 An Ethiopian Airlines jet made an emergency landing in Dakar with one of its engines on fire, though all 90 passengers and crew were unharmed, airport and airline officials said.

The Boeing 767 aircraft had just taken off from Dakar airport en route to Addis Ababa when the pilot asked to return and make an emergency landing, Tidiane Tamba, a spokesperson for the Senegal airport told AFP.

Ethiopian Airlines confirmed one of its jets had suffered a "mechanical problem" and had safely returned to its point of departure, without giving more details on the cause.

The airline said all those onboard were safe.

The Dakar incident came after an Ethiopian Airlines Boeing 737 MAX crashed in March shortly after taking off from Addis Ababa, killing all 157 people onboard.