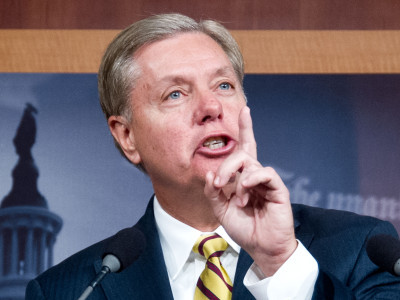 Senator Lindsey Graham vowed Wednesday that Congress will inflict a cost on Turkey for its offensive against Syria's Kurds as the usually loyal ally of President Donald Trump sharply criticized U.S. policy.

Lindsay reportedly has threatened to resign if his demands are not met.