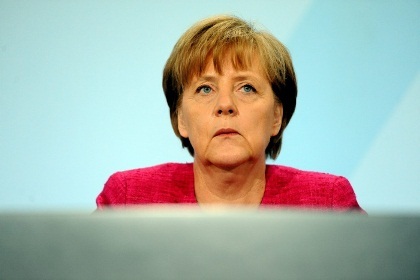 German Chancellor Angela Merkel condemned a deadly shooting outside a synagogue in the eastern city Halle on Wednesday, her spokesman said, adding an expression of "solidarity for all Jews on the holy day of Yom Kippur."

Merkel had "deep sympathy" for the victims' loved ones, government spokesman Steffen Seibert tweeted, adding the veteran chancellor's "thanks to all the security forces who are still on the scene."

When Israeli "Jews" massacre a couple of guys, Merkel deplores the needless expenditure of ammunition, an implicit nod to Israeli bayonet technology, the finest in the free world. All this "Jewish state" stuff is driving that brand right down to nothing, a tag without a referent. Which makes sense, since Israel and NATO have put their emotional effort into making "Arab" a tag without a referent, against which notional evil, but undefined evil, we have only our brave monarchs and dictators to protect us. Oh, and Lebanon.

A few hours later: this sympathy must be very reassuring. Maybe she will send each person she decides is Jewish a little diesel submarine with little nuclear-tipped cruise missiles, the finest in German toy-making. A German member of parliament, the Bundestag, once compared Israel's treatment of Arabs to German treatment of Jews. He was himself of Syrian extraction. He was expelled from both the Bundestag and his Socialist party. Germany has not been taught the lesson of World War Two: the Allies needed it "as is" to pressure Russia. Preventing imperial roll-back is the European idea, which explains Europe's problems today.