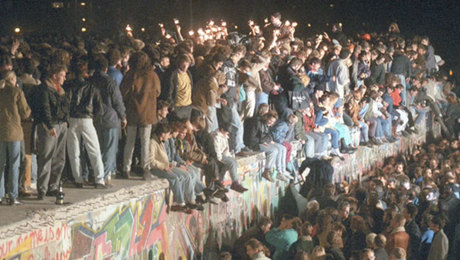 The presidents of Poland, the Czech Republic, Slovakia and Hungary will mark the 30th anniversary of the fall of the Berlin Wall in the German capital next month, President Frank-Walter Steinmeier's office said Friday.

Together the five heads of state will commemorate the fall of the Berlin Wall "and the contribution of the central European states to the peaceful revolution" in the communist German Democratic Republic (GDR), the German presidency said in a statement.

The group will first lay flowers at a ceremony in memory of the roughly 140 people killed attempting to cross the barrier that once divided the German capital.

Then they will view a sculpture erected in 2017 in memory of neighbouring states' aid to East Germans.

In the dying years of the GDR, thousands fled the one-party state to the democratic Federal Republic of Germany via Hungary and the former Czechoslovakia.

At the same time, Poland's Solidarity movement was leading the charge towards democratic reform in the eastern bloc.

Along with street protests that mounted across the GDR, the mass departures helped lead to the fall of the Berlin Wall on November 9, 1989 -- the first step on the road to German reunification the following year.