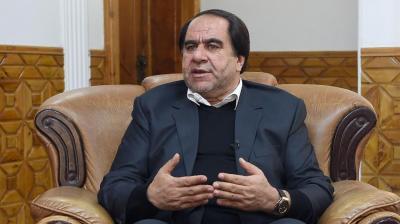 FIFA on Friday banned a former general secretary of the Afghanistan Football Federation for five years for covering up sexual abuse of female players.

Sayed Aghazada was found guilty of failing to "report and prevent" former federation president Keramuudin Karim from carrying out repeated acts of sexual assault between 2013 and 2018.

World football's governing body banned Karim for life from all football-related activity at both the national and international level in June.

"In its decision, the adjudicatory chamber ruled that Mr Aghazada was aware of this abuse and had the duty to report and prevent it according to the FIFA Code of Ethics," read a statement from FIFA's Independent Ethics Committee.

FIFA's statement added: "The FIFA Ethics Committee is still looking into the allegations that have been made against other individuals in connection to the same investigation and to their positions as football officials."

Aghazada was also a member of the Asian Football Confederation's executive committee.

The AFC said in a statement it noted FIFA's ruling and would wait until the decision was "final and binding" before making any further comment.