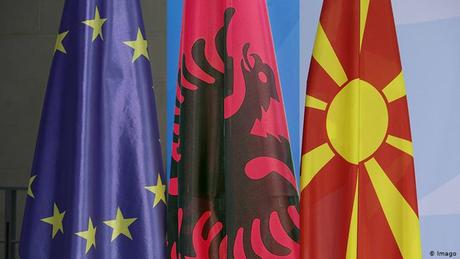 EU countries will not agree to start membership talks with North Macedonia and Albania next week, diplomats told AFP on Friday, dealing another blow to their hopes of joining the bloc.

North Macedonia had been optimistic about its chances of getting the go-ahead to start formal negotiations to join the bloc at a gathering of EU ministers on Tuesday, but France blocked the move.

Albania encountered even more resistance, with Denmark, the Netherlands and Spain joining the French in halting the move at a preparatory meeting of the 28 EU ambassadors in Brussels on Friday.

The French veto -- which comes after the EU's top leaders issued a joint call for the two countries to be put on the path to membership -- drew an angry response from some diplomats, who accused Paris of endangering stability in the fractious Balkans.

A decision on starting talks with Skopje and Tirana has already been postponed twice and North Macedonian officials have warned their population will not accept repeated rejection, particularly after undertaking significant reforms to please the EU -- including changing the country's name.

"Whoever blocks the accession process now bears the responsibility for the possible destabilization of our neighborhood," one European diplomat told AFP.

"A very broad majority in the EU is in favor of opening accession negotiations with North Macedonia and Albania. There is little support for the French position among the EU member states."

The diplomat said other countries hoped Paris would reconsider, adding: "Nothing will be won by another postponement, but much can be lost by creating a strategic vacuum in the south-east of Europe."

France wants the decision put off to next year at least, and for the incoming European Commission -- the bloc's executive arm tasked with enlargement negotiations -- to prepare a new plan after it takes office next month.

Critics of EU enlargement say it risks importing problems into the bloc, pointing to the ongoing corruption and justice issues in Romania and Bulgaria, which joined in 2007.

Supporters argue that turning down new members risks driving them into the arms of outside powers such as China and Russia.