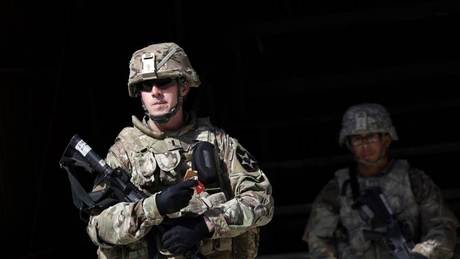 The Pentagon said Friday it has approved the deployment of 3,000 additional troops and military hardware to Saudi Arabia to boost the country's defenses in the wake of attacks on its oil installations blamed on Iran.

"Secretary Esper informed Saudi Crown Prince and Minister of Defense Muhammad bin Salman this morning of the additional troop deployment to assure and enhance the defense of Saudi Arabia," it said.

"Taken together with other deployments this constitutes an additional 3,000 forces that have been extended or authorized within the last month," it said.

Trump is schizophrenic!! He juat said he wants out of the ME

So what did the Saudis do for the US in WW2? Lol, Trump logic.