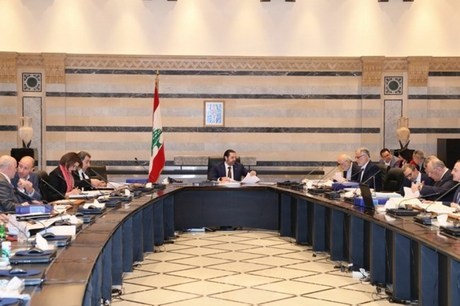 A ministerial committee tasked with following up on economic and structural reforms met at the Grand Serail on Saturday under the chairmanship of Prime Minister Saad Hariri.

The meeting concluded by announcing an agreement on a set of decisions to be taken by the Cabinet, along with a series of measures to be referred to the Parliament.

Al-Joumhouria daily said the Cabinet will meet on Monday to vote on whether it will include the tax measures in the new budget, or pass them later separately as draft laws.

The Cabinet is currently examining the budget, and is scheduled to send it to Parliament before the constitutional deadline on October 15.

Another useless committee---they sure like committees in this country but they have yet to do anything.

Its all smoking mirrors the government needs to show something and a meeting is all their capable of managing. NO decisions will come of it but some coffee and sweets for surrials guests plus the usual traffic jams of road diversions for these useless ministers to attend.