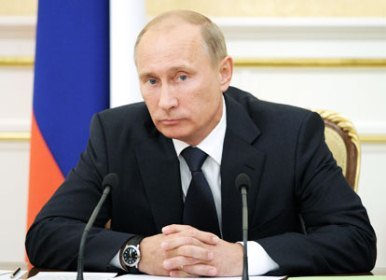 Russia will work with Saudi Arabia against any "attempt to destabilize" the oil market, President Vladimir Putin said in an interview broadcast Sunday, on the eve of a visit to Riyadh.

Tensions in the region are high following attacks on oil installations in Saudi Arabia, which sent prices surging, and the seizure of tankers in the Gulf.

"If anyone believes that acts such as the seizing of tankers or strikes against oil infrastructure could in any way affect the cooperation between Russia and our Arab friends... they are very wrong," Putin said.

"We will absolutely work with Saudi Arabia and our other partners and friends in the Arab world... to reduce to zero any attempt to destabilize the oil market," he said in the interview with Arabic-language news channels.

In recent years, non-member Russia has cooperated closely with the Organization of the Petroleum Exporting Countries (OPEC), which is led by Saudi Arabia.

The group has sought to limit supply, leading to a rebound in prices after the collapse of 2014-2015, which badly hit the Russian economy.

"Our goal is to stabilize the situation in the global hydrocarbon market," Putin said.

Last month, Saudi Arabia, the US and a number of European nations accused Iran of being behind the drone attacks on Saudi infrastructure.

Tehran denied involvement in the attacks, which were claimed by Yemen's Huthi rebels.

Putin said Russia was ready to participate in an investigation into the incidents.

Moscow, which has "good relations with all the countries in the region" could also play a "positive role" in attempts to ease tensions between Iran and Saudi Arabia, Putin said.