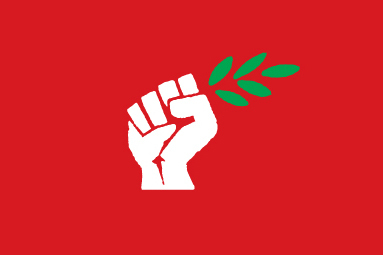 “Bassil’s remarks at the Arab League and at his speech marking the October 13 anniversary, clearly indicate he put himself at the disposal of Hizbullah leader Sayyed Hassan Nasrallah, to blackmail other parties mainly PM Saad Hariri,” March 14 sources who spoke on condition of anonymity told the daily.

They said that Bassil seeks to become the next president of Lebanon, Bassil’s principle is “promise me the presidency otherwise I will turn the table over your heads,” they said.

Referring to the Minister’s rhetoric Sunday at the Free Patriotic Movement rally marking the party’s Oct. 13, 1990, anniversary, the sources said: “He opened fire at all political parties starting with Hariri, the Lebanese Forces and Progressive Socialist Party to say that he is the strongest and that he derives his strength from Hizbullah.”

At the Arab League, Bassil called for ending the suspension of Syria’s membership of the Arab League. His position has drawn disapproving responses from parties that oppose normalizing ties with the Syrian regime.

Marking the Oct. 13 anniversary, Bassil told an FPM rally Sunday that he plans to visit Syria to secure the return of Syrian refugees. A position highly defied by several parties in Lebanon including al-Mustaqbal Movement of Hariri, the Lebanese Forces and Progressive Socialist Party who defy normalization of ties with Syria.

Last week, Hizbullah announced that Nasrallah and Bassil held a “lengthy” meeting and “agreed on the need to secure economic stability in the country.”

Yes, that Little man has a bright future!

These are brain washed kids who cannot think for themselves Eagledawn...

Don’t they know that Bassil isn’t présidentiable? One must be at least 150cm high to qualify and have an IQ of 100 minimum ,which isn’t much already.

Where did you hear that? Brazil just elected a President with IQ 0! An individual that was reportedly dismissed by the Brazilian Army at 33 years old for being diagnosed as Mentally ill... Everyone is qualified.

"March 14 sources who spoke on condition of anonymity told the daily." ...meaning Mossad.

little John your village keeps calling they cannot live without you. The responsibility of the village idiot is tough but you have to do it!

Bassil is the most Evil creature Lebanon has seen in the past decade. He is more vicious than Samaha, more dirty than Wahab, more twisted than Jamil sayyed...

Duuudes.. HAPPY NEW YEAR!.. It took you a hell of a time.. to figure that riddle out!.. The writing's been on the wall.. Banksy style.. since that little midget-in law.. popped on the political scene .. and pooped all over it.. back in 2005...

Point in case look at this unsupervised blabbermouth. But in reality its not his fault but that of parents that do not watch what their children do after school.

Well ROFL if Syria and Iran have their say he will be the next dwarf in Baabda...