Nigeria Says No 'Time Limit' on Border Closure for Goods 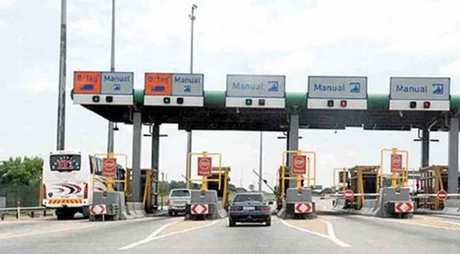 Nigeria's customs chief on Monday said a ban on goods coming into the country across its land borders will last as long as it takes for neighbors to stem the flow of smuggled merchandise.

"For now, all goods illegal or legal remain banned from being imported into Nigeria through the land borders," Hameed Ali, comptroller general of the Nigeria Customs Service, told journalists.

"A time limit is not anything we can talk about for now. It will continue as long as we can get the desired results."

The closure has had a devastating impact on Benin, Nigeria's neighbor to the west, which has been a key exporter of foodstuffs to Africa's most populous country.

It has also pushed up prices for staples such as rice at markets around Nigeria.

Ali said that all imports should now come through the country's ports where they can be monitored more easily and generate much-needed revenue.

Nigeria is heavily reliant on imports to feed its booming population of some 190 million, but the government is seeking to bolster domestic agriculture as it looks to diversify the oil-dependent economy.

Unilateral border closures go against all commercial and freedom of movement treaties signed under the Economic Community of West African States (ECOWAS).

The closure has also cast a shadow over a historic free-trade agreement, signed by 54 out of 55 African countries, that reached a key operational threshold in July.

Nigeria, as well as Benin, had signed onto the pact on the eve of the landmark day -- a move hailed as a crucial push towards ending the continent's trade barriers.