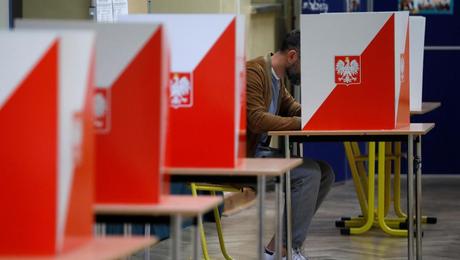 The Law and Justice (PiS) party scored 43.59 percent of the vote, for 235 seats in the 460-seat parliament, ahead of the Civic Coalition (KO) centrist opposition with 27.4 percent support for 134 seats, the state elections commission announced.

Left-wing parties returned to parliament after a four-year hiatus with 12.56 percent support for 49 seats.