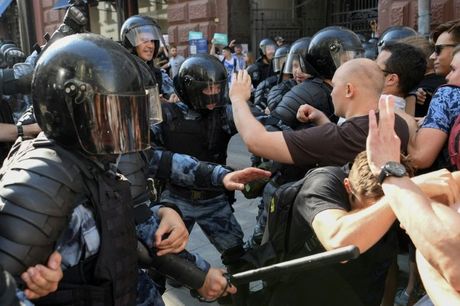 Russia's opposition said on Tuesday that investigators had launched raids on its offices across the country, in the latest move to put pressure on government critics.

"They started at 6:00 am and are taking place in at least 30 addresses," opposition leader Alexei Navalny said on Twitter, less than a week after authorities declared his Anti-Corruption Foundation (FBK) a "foreign agent".

"The 'law enforcement system of Russia' is using all of its efforts to protect corrupt officials and bribe takers."

That's the ISIS of Russia?