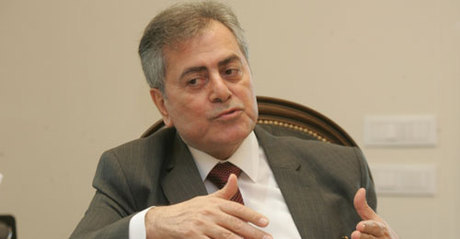 In remarks he made to the daily, Ali commented on Bassil’s remarks when addressing Lebanon’s relations with Damascus.

“Minister Bassil said he wants to visit Syria to secure the return of the displaced, just like the Syrian army was returned. The rule was to take into account the feelings of the Syrians and the distinctive ties that bring the two peoples together,” said Ali.

At an FPM rally on Sunday, Bassil said he “will visit Syria so that the Syrian refugees can return to Syria, the same way its army returned.”

“As for Minister Bassil, he is welcome to visit Damascus. But may I ask why has not the visit come anytime sooner,” he said.

In other words: "We dont want these people back to Syria!" So, no need to go to Syria, Mr Bassil.

Such a disgrace. To be corrected by this lowlife. Wein sort ya Bassil. All this to become bresident?

First, I’m embarrassed that the ambassador of a criminal regime that killed thousands of Lebanese and decimated entire villages in Syria is allowed to roam freely in Lebanon. Second, as Turkey got billions from EU and others to host Syrian refugees, Lebanon foreign minister should have long gather the world community to enact a United Nations resolution to compensate Lebanon for every Syrian refugee for every day they are hosted in Lebanon from funds directly from future international aid to rebuild Syria. That insure Assad would eagerly want them back solving two problems at once. Unfortunately our foreign minister is the joke of the world causing irreparable damage to our sovereignty and democracy. This Don Quixote is now selling our freedom to Syria after selling our independence to Iran.