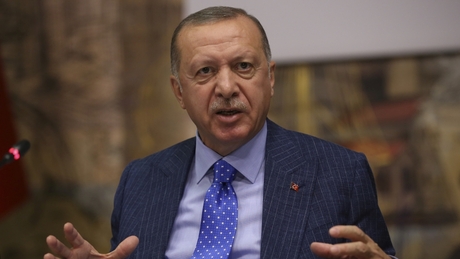 President Recep Tayyip Erdogan said Tuesday that Turkey's operation against Kurdish militants in northern Syria would not stop until "our objectives have been achieved".

Turkey is in the seventh day of its assault against the Syrian Kurdish People's Protection Units (YPG), which it sees as a "terrorist" off-shoot of Kurdish insurgents in its own territory.

"God willing, we will quickly secure the region stretching from Manbij to our border with Iraq and ensure that, in the first stage, one million, and then two million Syrian refugees return to their homes of their own free will," Erdogan said in a televised speech in Baku, where he was attending a regional conference.

He said 1,000 square-kilometres of Syrian territory had so far been "liberated from the separatist terrorist organisation".

Turkey plans to establish a safe zone stretching across northern Syria, to which it can repatriate many of the 3.6 million refugees that it is hosting from the Syrian conflict.

It’s all a show, apparently Syria and Turkey have been talking to each other since 2017...