China Sees 'No Difference' with US on Trade Deal 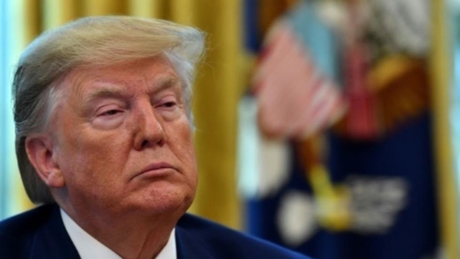 China said Tuesday there was "no difference" with the United States on reaching a trade agreement, amid scepticism over what US President Donald Trump has called a "substantial phase one" deal.

On Friday, Trump said after talks in Washington with Vice Premier Liu He that the two sides had reached an initial agreement, but while Beijing said progress was made it never stated that a deal was struck at the meeting.

Asked at a regular press conference on Tuesday if Washington and Beijing had the same approach on a deal, Chinese foreign ministry spokesman Geng Shuang said: "What the US has said is the actual situation -- it is consistent with our understanding of the situation."

Geng added: "Both sides are in consensus about the issue of reaching an economic and trade agreement, there is no difference."

US Treasury Secretary Steven Mnuchin said Monday that US and Chinese officials will continue to hold talks by phone this week to finalise the deal.

Trump said the agreement included a pledge by China to rapidly ramp up purchases of American farm products to $40-50 billion -- more than double the prior level of less than $20 billion in 2017.

Geng said China "will also accelerate its purchases of US agricultural products".

But few specifics are available on the deal announced by Trump, which would not roll back the tariffs already imposed on hundreds of billions of dollars in trade between the world's two dominant economic powers.

For his part, Liu said that "substantial progress" had been made in areas including agriculture, intellectual property rights protection and the transfer of technology, the official Xinhua news agency reported after the talks.

The Chinese Communist Party mouthpiece People's Daily warned in an editorial Saturday the trade war would only be resolved by "abolishing all tariffs".

China's cautious response to Trump's announcement has prompted scepticism over the progress of the deal.

In turn, official media has hit back at reports doubting China's enthusiasm about the deal, with the state-run Global Times saying in an editorial that "the US and some Western media are looking for 'temperature differences' between Chinese and US announcements".