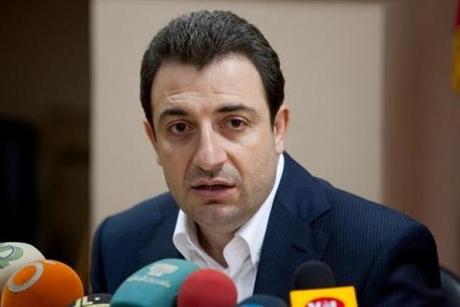 Industry Minister Wael Abou Faour on Wednesday stressed the need to kick start a forestation plan in the aftermath of wildfires that spread throughout parts of Lebanon, pointing out that efforts will be joined to compensate for those affected.

At an emergency meeting on wildfires in the Economic and Social Council, Abou Faour said the need calls today for “forestation” to replace burnt trees, pointing out that Prime Minister Saad Hariri confirmed that the state will compensate for those affected.

He pointed out that the main objective of the meeting is to place a mechanism for the contribution of industrialists and traders with municipalities to provide aid for affected towns and areas.

Thick smoke had been seen drifting over the outskirts of Beirut, the mountainous Chouf region to its southeast, and the southern city of Saida.

In the Chouf, an area famed for its forests, a volunteer firefighter lost his life trying to put out the flames, his family said.

In an area south of Beirut, firefighters have for two days been unable to stop the blaze, which has burnt four homes to the ground and caused dozens to suffer breathing difficulties, NNA said.

Lebanon has turned to its neighbours for help as Cyprus dispatched assistance and Greece and Jordan followed suit.

Personnel from UN peacekeeping force UNIFIL, who usually patrol the country's southern border with Israel, have also joined in the efforts, the agency said.

So the state does have money after all . And their are thought Lebanon was broke... a nice gesture would be for all MPs and ministers to give away one month of their salaries to an NGO that focuses on our forests unless I’m asking for too much already ?