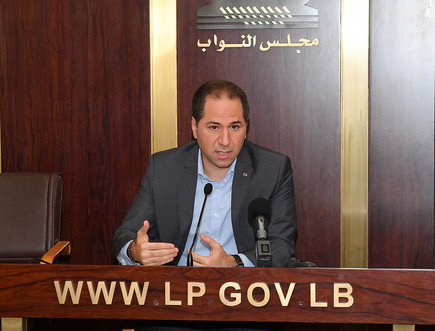 Kataeb Party chief MP Sami Gemayel on Wednesday filed a request for the formation of a parliamentary panel of inquiry to probe why Lebanon’s three firefighting planes have been unfunctional since 2014, a day after wildfires engulfed the country and prompted Lebanon to ask Cyprus, Greece, Italy and Jordan to send firefighting aircraft.

“Fires destroyed vast areas of forestland due to the government’s shortcomings and negligence in performing maintenance on the firefighting planes, leaving a lot of Lebanese areas and citizens under the mercy of the flames that besieged their homes, centers and vehicles,” Gemayel said at a press conference in Parliament.

“We demand the formation of a parliamentary panel of inquiry to investigate the negligence… and the endangering of the lives, properties and environment of the Lebanese,” he added.

This guy is like the police in the American movies when they show up after the hero has killed all the bad guys. Pathetic.