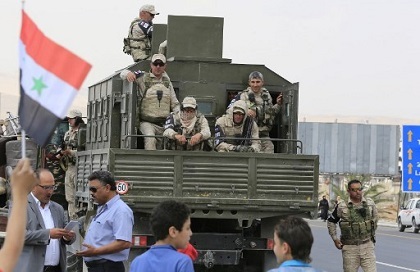 "Syrian regime and Russian troops have entered the town of Kobane," the Syrian Observatory for Human Rights said.

Kobane is a highly symbolic town for Syria's Kurds, whose forces had in 2015 wrested the town from Islamic State (IS) group control in an epic battle backed by the US-led coalition.

Since then, Kobane has been under the control of the Kurdish People's Protection Units (YPG), the spearhead of the US-backed force that went on to crush IS in Syria.

In a stunning turn of events, Washington announced a troop withdrawal from northern Syria earlier this month.

In a desperate bid to defend themselves, Syrian Kurd authorities struck a deal with President Bashar al-Assad's regime allowing government forces to deploy in Kurdish-held territory.

Russian forces, allied to Assad, have also stepped in, patrolling areas to prevent clashes between Turkish-backed forces and the regime.