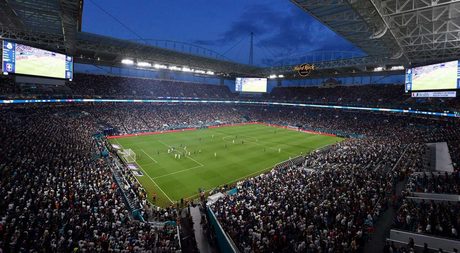 La Liga announced Thursday a second attempt at staging a match in the United States with a request to the Spanish football federation (RFEF) to play December's Villarreal and Atletico Madrid game in Miami.

Last season Barcelona were forced to drop plans to stage a game against Girona in Florida in the face of opposition from the RFEF and players' union (AFE).

A "formal request" from La Liga and Villarreal and Atletico calls for the December 6 game to be held at Miami's Hard Rock Stadium at 4:00 p.m. (2000 GMT).

Thursday's La Liga statement stressed that both teams agree that moving their match to Miami is in line with the league's overseas development strategy.

"The players and management of both clubs have been informed and have shown their enthusiasm for bringing their football to the fans in the United States," La Liga stated.

Mindful of last season's aborted Barcelona bid the statement stressed that this time the AFE "has already been informed."