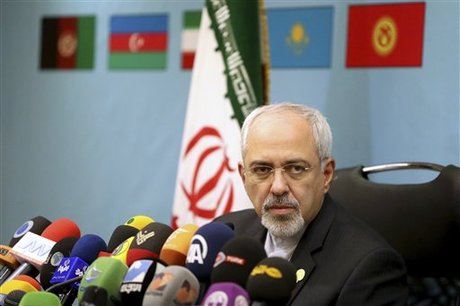 It was the first remarks by an Iranian official about the protests in Lebanon.

Iran enjoys wide influence in Lebanon through its ally Hizbullah, which is militarily and financially backed by Tehran. Hizbullah and its allies have a majority of seats in Lebanon's parliament and Cabinet.

Lebanon's teetering government approved an economic rescue plan Monday but the last-ditch move was met with deep distrust from a swelling protest movement seeking the removal of the entire political class.

A proposed tax on mobile messaging applications last week sparked a spontaneous, cross-sectarian mobilization that has brought Lebanon to a standstill and united the people against its hereditary, ruling elite.

Prime Minister Saad Hariri seemed aware that the measures he announced -- which include a deal on the 2020 budget and significant reforms that seemed unlikely only a week ago -- would not quench the people's thirst for change.

"These decisions are not designed as a trade-off. They are not to ask you to stop expressing your anger. That is your decision to make," Hariri said in a televised press conference.

Cute this POS is!

Mind your own business you POS!

since when have the iranians cared about their people? Guy should really pay attention to his own backyard first.

Green Revolution II is coming to Iran. Hopefully the Iranian government listen to their people this time instead of killing them!

Green Revolution II is certainly coming soon to Iran and I hope Mr. Zarif's government will listen to them this time instead of #!@&% them.

Well it s a good advice, and hope the governement and particularly Hizbullah listens to it instead of sending their ze3ran on the bikes, dont u think ?

Green Revolution II is soon coming to Iran. Hope Zarif's government listen to them carefully instead of brutally suppressing their cry for freedom.

Stay out of hit you piece of S#4t. Worry about your countries economic woes instead of interfering in every arab nation. This problem is in part caused by you and your fanatic militia Hizbos