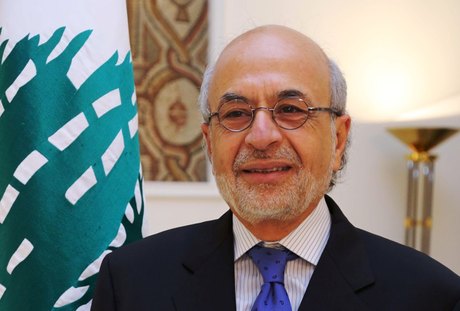 Education Minister Akram Shehayyeb on Tuesday backpedaled on a decision for the reopening of educational institutes, as massive and unprecedented protests that have brought the country to a standstill continued for a sixth day.

"Due to the continued blocking of roads, the minister of education and higher education announces the closure tomorrow, Wednesday and until further notice of public and private schools, secondary schools and vocational institutes," a statement said.

The minister had earlier called on educational institutions to resume classes Wednesday morning "out of keenness on students' interest and the academic year."

Shehayyeb later clarified that his decision does not have a "political motive" and is not aimed at harming the popular protests.

The country's catholic and evangelical schools and the Saint Joseph University had announced that they will close Wednesday despite the minister's previous call for the resumption of classes.

Groups of Lebanese University students taking part in the protests had also announced that they would not attend classes.

A group of faculty members at the American University of Beirut meanwhile called for a strike, saying there is a need to “align with the broader demands of the masses.”

“Any return to normalcy is a counter political act of ‘doing business as usual’ whereas in the country we have large scale social mobilization and strikes across different sectors,” they said in a statement.

One of this sinister minister’s bodyguards/thugs fired upon demonstrators last week in beirut. What happened to them? Nothing !

A millionaire who cares about as much about the man on the moon as he cares about the rest of Lebanon. However he has to appeal as if he cares...