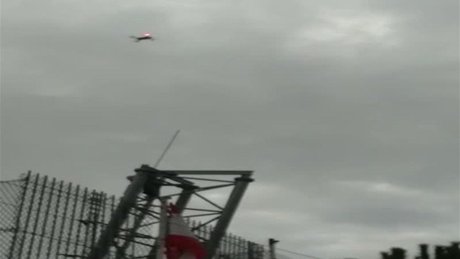 An Israeli drone was downed on Wednesday at Fatima Gate in the southern Lebanese town of Kfar Kila.

The State-run National News Agency said the drone was shot down by a man using a hunting rifle near the border village of Kfar Kila.

The Israeli army acknowledged the incident saying the drone was shot down near the heavily-guarded border "during routine security activity."

MTV TV Station said "Hizbullah has shot down an Israeli drone at Fatima Gate this morning."

Lebanon's Hizbullah and Israel fought a monthlong war in 2006.

Lebanon and Israel remain technically in a state of war, though the border has been mostly calm since that conflict.

A Lebanese government investigation concluded last month two Israeli drones were on an attack mission when they crashed in Beirut in August.

I doubt he used a hunting rifle to down the Israeli drone.... a slingshot more probable.