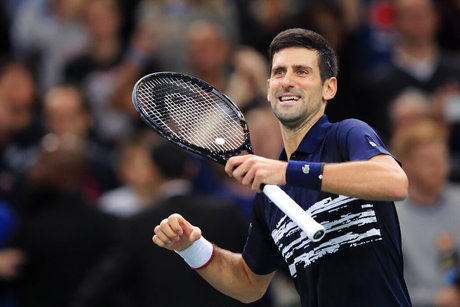 The top seed claimed a dominant 6-3, 6-4 victory over his 20-year-old opponent, who looked nervous after being the beneficiary of Rafael Nadal's withdrawal before their scheduled semi-final.

Djokovic will lose top spot in the rankings to Nadal next week, but could still equal Pete Sampras' record by finishing a sixth year as the world's best player.