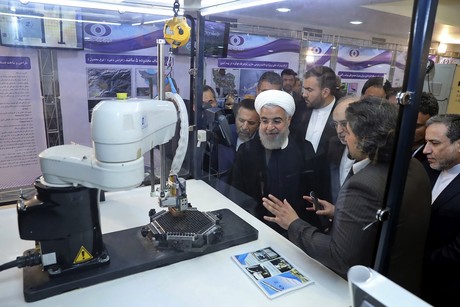 Iran said Monday its enriched uranium production has reached five kilogrammes per day, more than 10 times the level two months ago when it abandoned a number of commitments to the 2015 nuclear deal.

Iran has also developed two new advanced centrifuges, one of which is undergoing testing, Ali Akbar Salehi, the head of Atomic Energy Organisation of Iran, announced at the Natanz facility in central Iran.