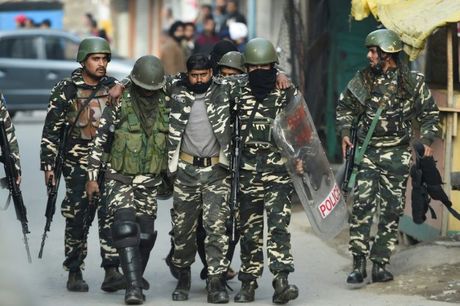 At least one person was killed and 17 wounded Monday in a grenade blast at a crowded market in Indian-administered Kashmir's main city Srinagar, police and doctors said.

Kashmir has been on a knife-edge since August 5 when the Indian government moved to strip the region of its autonomy, imposed a lockdown, cut telecommunications and detained thousands.

No one claimed Monday's blast but authorities have in the past accused militants backed by Pakistan of intimidating people into resisting Indian attempts to return life to normal.

Doctors at the main hospital told AFP that the deceased was a resident of northern Indian state of Uttar Pradesh.

"Two people are critical," a doctor said on condition of anonymity.

Srinagar police chief Haseeb Mughal told AFP that 18 people were injured out of whom one died at the hospital.

Kashmir is divided between India and its arch-foe Pakistan, and both claim it in full.

Militants seeking independence or a merger with Pakistan have waged an armed rebellion against New Delhi since 1989.

Around half of mobile phones remain cut off, as does the internet, while hundreds of local political leaders are still in detention, mostly without charge.

Markets, schools and public areas remain closed with government forces still patrolling the streets, with periodic security lockdowns imposed on many parts of the region.

A dozen non-locals have been killed by suspected militants, including six migrant workers last week, that police said were aimed at driving them away and create fear.