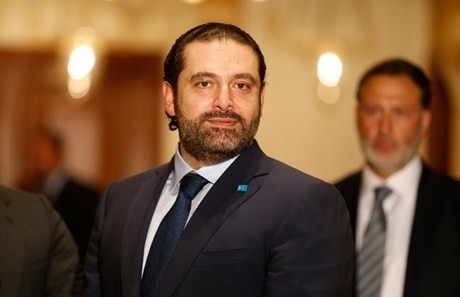 The formation of a new government reportedly hinges on caretaker Prime Minister Saad Hariri who “refuses” to head another cabinet, amid failed Hizbullah, Speaker’s attempts to convince him otherwise, al-Joumhouria daily reported on Saturday.

The daily said that Speaker Nabih Berri has dispatched Minister Ali Hassan Khalil a “number of times to persuade Hariri, emphasizing the need that he shoulder responsibility.”

It also said that Hizbullah has failed to dissuade Hariri from his decision.

According to information, the recent meeting between Hariri and Hizbullah’s political aide, Hajj Hussein Khalil, was “frank and friendly.” Hariri allegedly made no mention that he rejects Hizbullah’s participation in an upcoming government.

Moreover, Khalil reportedly passed Hizbullah’s position that Hariri should be a key partner in solving the current government crisis, and that he should shoulder responsibility ... “we are with you,” he reportedly told the caretaker Premier.

But Hariri maintains an “unwavering” position, said the daily, which Hussein allegedly said “we don’t consider (the rejection) that a final answer, let us leave it to the ongoing contacts.”

Hariri tendered his government's resignation on October 29 in response to pressure from the street.

Hariri met President Michel Aoun on Thursday and said that consultations were ongoing with all political players but gave no details.

I sense a certain nervousness from the Amal/Hezbollah-alliance now. With Hariri refusing, their fig-leaf is gone...