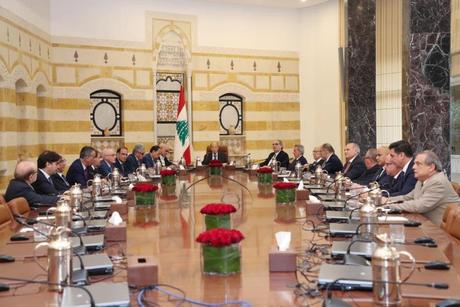 A rationing of dollars by banks in protest-hit Lebanon has sparked growing alarm as some petrol pumps ran dry and grocery stores hiked prices.

The president and banking officials responded by pledging to take steps to improve the situation and help businesses to stay open.

For two decades, the Lebanese pound has been pegged to the greenback and the currencies are used interchangeably in daily life.

But banks have been reducing access to dollars since the end of the summer, following fears of declining central bank reserves.

Access was further limited this week after banks reopened for the first time since an unprecedented popular uprising began on October 17.

On Saturday, several petrol stations ran out of fuel because of a shortage of dollars needed to pay for imports, a syndicate head said.

"The petrol stations that opened today are the ones that still have reserves. They will close down as soon as supply runs out," said Sami Brax, the head of the Syndicate of Gas Station Owners.

He said if officials do not facilitate access to dollars by Tuesday, "we will be forced to stop imports and close down all petrol stations."

His warning came a day after hospitals threatened to stop receiving patients because of a lack of dollars to pay for medical imports.

Current medical stocks in the country "will not last more than a month", hospital syndicate head Suleiman Haroun said.

The government yielded to popular pressure and stepped down last month, with the World Bank urging the quick formation of a new cabinet to prevent the economy from deteriorating further.

But the economic crisis continued to deepen this week as banks further limited dollar supplies upon reopening.

Banks halted all ATM withdrawals in dollars, introduced an additional charge on dollar withdrawals made at branches, and severely restricted conversions from Lebanese pounds.

This has forced people to change money on the black market where they are charged higher exchange rates, in what amounts to a de-facto devaluation of the pound.

The official exchange rate remains fixed at 1,507 Lebanese pounds to the dollar, but the rate on the parallel market has passed 1,800.

According to Zouhair Berro, the head of the Lebanese Consumers Association, the dollar shortage is leading to price hikes, particularly for meat, vegetables and dairy.

Suppliers are demanding payment in dollars, he said.

Economist Nassib Ghobril said banks are "under pressure" due to large demand for dollars from Lebanese inside the country and abroad.

President Michel Aoun discussed the economic situation on Saturday with the ministers of finance and economy, the central bank governor and the head of the Association of Banks.

A statement released after the meeting said deposits in banks were safe, and urged people not to panic.

It said the central bank governor and the head of the Association of Banks were asked to help meet the needs of depositors, so that businesses remain operational.

The meeting came as hundreds took part in student-led demonstrations across the country to press the government to meet their demands.

"We want to guarantee a future for ourselves," said Mohammad, an 18-year-old high-school student.

"I shouldn't be forced to leave the country after I graduate to find a job," he said, speaking at a protest in a central Beirut square.

"The current political class is not capable of providing this."

Even before protests erupted last month, growth in Lebanon had stalled following repeated political deadlocks in recent years, compounded by the war in Syria.

Public debt stood at more than $86 billion, over 150 percent of gross domestic product, according to the finance ministry.

The World Bank had forecast a contraction of 0.2 percent before the turmoil, but has said that it now expects Lebanon's recession "to be even more significant."

Without quick steps to address the crisis, about half of Lebanon's population could fall into poverty and unemployment could "rise sharply," the lender said.

Yeah right. It’s so safe we won’t let you withdraw any of it. More lying as usual.