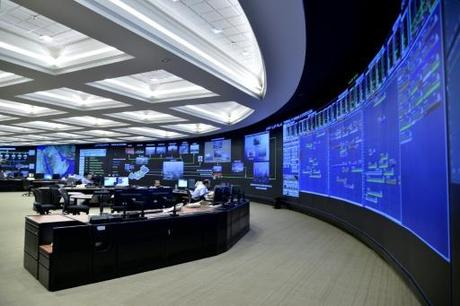 From robots to sniffer drones, Saudi Aramco has ramped up spending on technological innovation while its rivals cut back amid soft oil prices, but the energy giant risks losing its edge after its much-anticipated IPO.

Saudi Arabia is offering a sliver of the company, touted as the kingdom's crown jewel, in its upcoming initial public offering that is the bedrock of Crown Prince Mohammed bin Salman's ambitious strategy to overhaul the oil-reliant economy.

Its market debut on the Riyadh stock exchange will raise pressure for higher profit margins on a company that so far has been answerable to no one except the government.

"Aramco has never had to answer to investors looking at the company's quarterly results," Ellen Wald, author of the book "Saudi Inc.", told AFP.

"When it goes public, that will change."

In recent years the world's most profitable company, billed as a juggernaut of innovation, increased spending on research and development as most of its competitors scaled back.

Its technological prowess was on display in a recent media tour of its sprawling Dhahran headquarters in eastern Saudi Arabia, akin to a manicured American suburb with quaint houses, shopping plazas and schools for its 15,000-strong workforce.

Engineers hunched over computers in an air-conditioned command center with giant screens tracking the flow of crude from oil fields, through a complex web of pipelines and refineries, to tankers dispatched around the world.

Workers displayed innovations, from production-boosting drilling technology to nimble robots that crawl over pipes to carry out repairs and drones fitted with "sniffers" to detect leaks and inspect flare tips.

"Over the past five years, our R&D spending has more than doubled," said Ahmad al-Khowaiter, Aramco's chief technology officer.

"That has enabled investment in world class talent and research centers."

Aramco says its 1,300 scientists and engineers at 12 research centres around the world -- from Beijing to Detroit -- help it file new patents every year.

Officials say the large-scale investments have helped it pump crude at a fraction of the cost of its rivals from beneath its rolling sand dunes and seas.

But an expensive R&D effort may not appeal to investors as profits slip. In the first nine months of this year, Aramco said its net profit dropped 18 percent to $68.2 billion.

As it remains vulnerable to oil price fluctuations, some Saudis fear the IPO will force the company to pander to shorter-term preferences of shareholders.

"The R&D creates useful technology for Aramco... (but) some of the projects may or may not ever be commercially viable," Wald said.

"It is understandable that some in the company are concerned that there could be pressure to scale back or change its R&D strategy."

Analysts say Aramco could announce an intention to list two or three percent of the company on Riyadh's Tadawul exchange, with its valuation likely to fall short of the hoped-for $2 trillion.

Its prospectus said it would start taking bids from investors on November 17, but it did not disclose the size of the sale or the pricing range.

Given the size of the company, even a scaled-down valuation could still make the offering the world's largest -- generating funds to develop non-energy sectors deemed important for employment generation -- from tourism to entertainment.

But analysts are left asking whether the IPO will be constructive for Aramco, the front engine of an economy strongly tethered to oil.

"Aramco is the workhorse behind the Saudi economy," the Energy Intelligence group said in a report.

"It reflects superior governance, corporate culture and competence at the company, which is recognized as best-in-class in the Middle East. By taking Aramco public, Riyadh risks disrupting the formula that's produced its ultimate cash cow."

Minority shareholders are unlikely to force a radical shift in the company's strategy but there could be pressure if the stock price underperforms, analysts say.

"Aramco's past success was partly due to its closed model, where it answered only to Riyadh," the Energy Intelligence report said.

"Tension seems bound to emerge between the interests of the Saudi state in securing stable oil revenues, the commercial aspirations of a listed Aramco, and the crown prince's vision that must somehow satisfy both."