Banks Go on Strike Until ‘Normalcy’ Returns in Lebanon 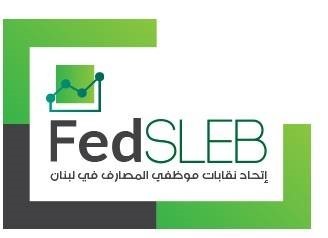 The Federation of Syndicates of Employees of Lebanese Banks announced in a statement on Monday an open-ended strike “until the situation returns to normalcy,”amid an aggravating economic crisis.

Last week, the banking sector witnessed unstable situation that led to unacceptable working conditions. Colleagues were subjected to insults and even assaults by depositors, whom we fully understand their concerns. In addition, chaos in a number of bank branches led to a state of confusion, anxiety and fear among colleagues who continued to carry out their professional duties despite these stressful conditions psychologically and even physically.

The Federation received many requests from colleagues demanding its intervention to carry out its duties to defend the safety of bankers.

The Federation announces a general strike and calls on colleagues to stop work from Tuesday morning on November 12, 2019 until calm returns to the general conditions needed by the banking sector to resume normal business.

Doing it to give time to form government. They think we're stupid?

They can get away with it locally but eventually they would need to fall in line with the Central Bank who currently is in a world of hurt by the global financial institutions of whom we owe the $86BB.