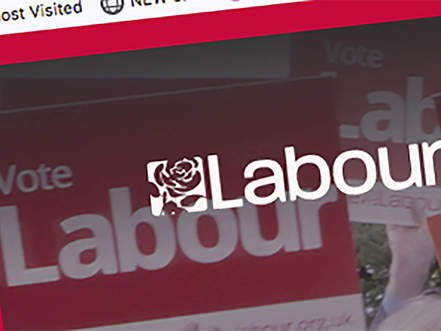 Britain's main opposition Labor party said Tuesday it had suffered a "large-scale cyber attack" which undermined some of its campaign efforts for next month's election.

The attempted hack on Monday was repelled and there was no data breach, it said.

But Labor leader Jeremy Corbyn admitted he was worried about other attacks, and just hours after he spoke, the party's website went down.

In a speech on the campaign trail in Blackpool, northwest England, Corbyn said Monday's attack was "very serious", even if it ultimately failed.

"But if this is a sign to come in this election, I feel very nervous about it all," he told supporters.

"Because a cyber attack against a political party in an election is suspicious and something one is very worried about."

Earlier, a party spokesman said: "We have experienced a sophisticated and large-scale cyber attack on Labor digital platforms."

He said: "These attempts failed due to our robust security systems. The integrity of all our platforms was maintained and we are confident that no data breach occurred."

Some campaign activities were slowed but they were restored early Tuesday and were now back to normal.

However, on Tuesday afternoon the main Labor party website (labour.org.uk) was inaccessible.

Instead, the website showed a message from a cyber-security firm warning of a problem.

Labor said it reported Monday's incident to the National Cyber Security Center -- a part of intelligence agency GCHQ which monitors and works to protect security systems.

The attempted hack came against lingering concern about the potential for outside interference in the general election, with major parties increasingly relying on digital messaging.

However, The Sun tabloid reported that GCHQ sources said there was no evidence to suggest any state-sponsored attack, and suggested the incident involved low-level hacking.