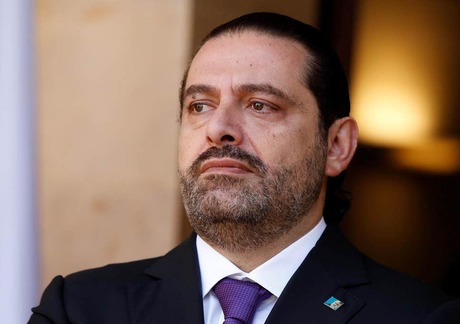 Caretaker Prime Minister Saad Hariri followed up last night and until the early hours of dawn the events and popular movements in the capital, the suburbs and other areas of Lebanon. For this purpose, he contacted Army Commander General Joseph Aoun and Internal Security Forces Director General Major General Imad Osman, stressing the need to take all measures to protect citizens and ensure the safety of the demonstrators.

Prime Minister Hariri also contacted head of the Progressive Socialist Party Walid Jumblat and expressed his condolences for the death of the member of the Choueifat municipality council, Alaa Abu Fakher, who died in the tragic incident during the popular movement in Khalde.

Hariri praised the responsible national stance expressed by Jumblat and his call to preserve calm, avoid slipping into chaos and consider the state as the indispensable sanctuary. Hariri called on all citizens in all regions to preserve their peaceful movement and block the way of those who want to fish in troubled waters.

He also drew attention to the responsibility of all, the authorities, leaders, military and security institutions and popular movements, to protect the country and show solidarity in facing challenges.

What a load of BS, we saw that the "security" agencies attack demonstrators, sometimes disguised in black and they even shoot them when they refuse to open the road blocks.

Keep putting your faith in the Army....the same army that will be used to keep Clown and his cronies in power....