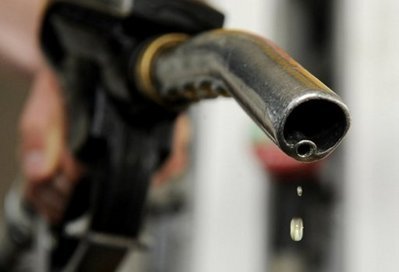 Brent crude rallied to a 28-month high above $103 on Thursday as the political crisis in Egypt erupted into violence, sparking fresh concern over energy supplies in the crude-rich Middle East.

"The continued unrest in Egypt has prompted Brent oil prices to climb overnight to $103 a barrel, the highest level since September 2008," said Commerzbank analyst Carsten Fritsch.

Egypt's health ministry said five people were killed and 836 injured since Wednesday in running clashes for control of Tahrir Square, the focal point of the protests against President Hosni Mubarak.

The oil market is jittery due to fears the crisis could spill over to other countries in the crude-rich but politically volatile Middle East.

And although Egypt is not a major crude producer, it is home to the Suez Canal, which carries about 2.4 million barrels daily, roughly equal to Iraq's output.

"So far there is no factor to prompt traders to sell. We don't see any sellout in the market at the moment."

Hasegawa added that the spread in the price between Brent crude and the benchmark New York contract, also known as West Texas Intermediate (WTI), was likely to widen further because of oversupply in the U.S. port of Cushing in Oklahoma.

The latest weekly stockpiles report from the U.S. Department of Energy showed reserves had increased sharply for a third week in a row.

At the almost-full depot at Cushing, reserves rose 600,000 barrels to a record high of 38.3 million.

"Cushing is the delivery point for WTI and therefore decisive for WTI pricing," said analyst Fritsch.

"The plentiful supply of crude oil and oil products to the USA should mean that the WTI price continues to benefit less than Brent from the political tensions in the Middle East.

"In the short term, however, WTI prices could gain impetus from a winter storm which is likely to push up the heating demand in the Midwest and Northeast of the USA.

"Even so, distillate inventories are also still at a comfortable level despite the reduction of 1.6 million barrels last week."