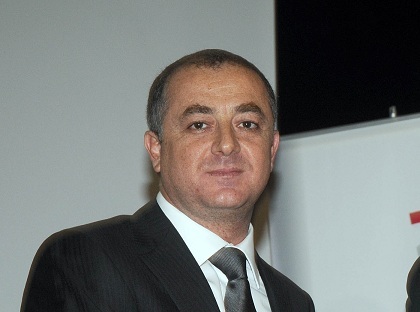 Caretaker Defense Minister Elias Bou Saab on Thursday said he has called on the judiciary to carry out “speedy and transparent investigations” into the incident that resulted in the death of the protester Alaa Abu Fakhr, urging a “comprehensive probe” not limited to the detained army intelligence agent who opened fire.

“This is rejected and we can never accept gunfire against the protesters or any bloodshed,” Bou Saab said after talks with Speaker Nabih Berri in Ain el-Tineh.

“We also tackled the tensions that surged over the past two days, especially what happened in Jal el-Dib, the attempts to build walls in Nahr al-Kalb and on the road leading to the South, and the blocking of roads, which reminded us of civil war and of what happened in 1975,” the minister added.

“This is dangerous and security agencies can no longer be lenient with any person who might think of going back to that period, which we do not want and which the Lebanese do not want to remember,” Bou Saab went on to say.

“But what is not accepted is the attempt by some parties to exploit such circumstances to score points or take political positions in order to strengthen themselves in negotiations taking place somewhere else,” Bou Saab added.

Words without substance.... the shooters were FPM partisans/thugporters .... blocking roads and comparing it to 1975 is the lamest excuse to spread fear . This very same tactic has been used by the Arab regimes who feared getting toppled and Aoun is one of them.

Mr bou saab, the protesters have ran out of ideas on how to get the message through in to your thick skulls, so for that they block roads which in their thinking seems to be effective. so it's a no surprise you blaming the opposition parties for running the show, that always indicates your level if hatred. So why don't you wake up and admit for once in your life that the problem is the party you belong to and your allies,,,period.

Whos is allowing the army to do this???

why not address the elephant in the room minster??
The government you are part of is not united, not a government actually..
Just a bunch of corrupts stealing the country and another part that is serving the thugs and foreign governments to destroy Lebanon