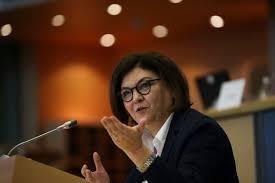 The EU on Thursday launched a legal case against Britain for failing to nominate a commissioner, despite the delay of Brexit that keeps the UK in the bloc.

The European Commission, the EU's executive arm "has today sent a letter of formal notice to the United Kingdom for breaching its EU treaty obligations by not suggesting a candidate for the post of EU Commissioner," a statement said.