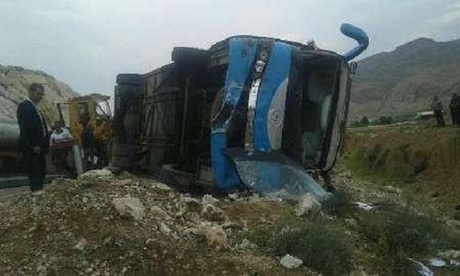 At least 28 Afghan nationals were killed in a truck crash in southeastern Iran on Thursday, semi-official news agency ISNA reported.

One of the drivers lost control after a tire blowout and crashed into the other vehicle, according to state TV.

Iran is one of the deadliest countries in the world for road accidents, according to the World Health Organization.

According to Iranian officials, the Islamic republic is home to some three million Afghan immigrants.