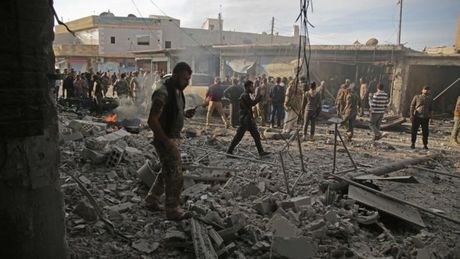 A car bomb killed 14 people, nine of them civilians, on Saturday in the Turkish-controlled town of Al-Bab in northern Syria, a war monitor said.

The bomb, which struck a bus and taxi station in the town, also wounded 33 people, some of them seriously, the Britain-based Syrian Observatory for Human Rights reported.

Turkey and its Syrian proxies control several pockets of territory on the Syrian side of the border as a result of successive incursions in 2016-17, 2018 and 2019.

There was no immediate claim of responsibility for the bombing but the Observatory said there had been persistent security incidents in the town since its capture by Turkish troops from the Islamic State group in February 2017.

The town, some 30 kilometres (20 miles) northeast of Syria's second city Aleppo, was one of the westernmost strongholds of the jihadists' self-styled "caliphate" which was finally eradicated by US-backed Kurdish forces in eastern Syria in March.