Lebanese Held by Israel after Jumping Fence Handed to Army 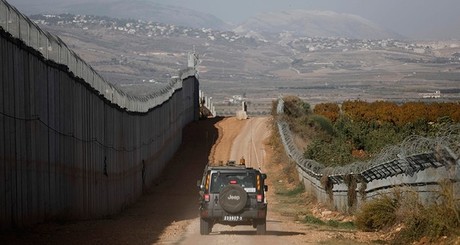 The Lebanese army received on Monday from the UN Interim Force in Lebanon (UNIFIL) a Lebanese citizen who was arrested by Israeli military after crossing the northern border of the occupied territories of Palestine from Lebanon.

Investigations were opened into the incident under the supervision of related authority.

On Saturday, the state-run National News Agency said Jaafar Mohammed Moustafa jumped over the border fence into Israel after shooting two people on the Lebanese side of the frontier.

The Israeli military said it arrested the man and that he was held for questioning.

Israel has been on high alert since August, when its aircraft struck targets in Syria and Lebanon linked to Iran and its regional proxy, Hizbullah.

In September, brief cross-border fighting erupted after Hizbullah fired a barrage of missiles in response to Israeli airstrikes.

Nice to see the two neighbors getting on so well!

Jaafar went to israel.... surprise , or not!

Jaafar belongs to thawraa and those who he shot were hizb