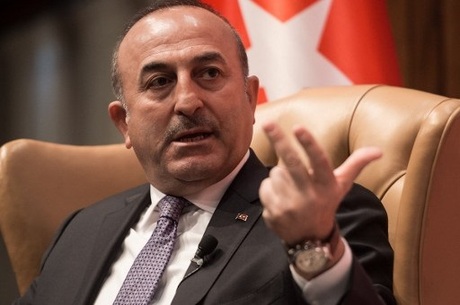 Turkey's top diplomat on Monday warned Ankara could launch further action against Kurdish forces in northern Syria, accusing the U.S. and Russia of failing to fulfill their agreements.

"Have they completely fulfilled what is required of the agreements? No they have not, but they should do so," Mevlut Cavusoglu said, quoted by state news agency Anadolu.

Last month Turkey began a cross-border offensive against a Syrian Kurdish YPG militia, viewed as terrorists by Ankara but which had spearheaded the fight against the Islamic State (IS) extremist group with US support.

"If we don't get the desired outcome, we will do what is required as we have done.. There is no other option," he added.

"We must clear the terror threat next door to us."

Cavusoglu was referring to long-running efforts by Turkish and American officials to ensure the People's Protection Units (YPG) withdrawal from northeastern Syria after repeated threats by Erdogan to launch an assault since 2018.

Ankara says the YPG is a "terrorist" offshoot of the outlawed Kurdistan Workers' Party (PKK), which has waged an insurgency against the Turkish state since 1984.

After the operation began, the international community was quick to condemn Ankara with the West fearing the impact on the fight against IS.

Ankara insisted that it will ensure IS does not return in any shape or form.