Trump Says China Tariffs Will Go 'Even Higher' without Deal 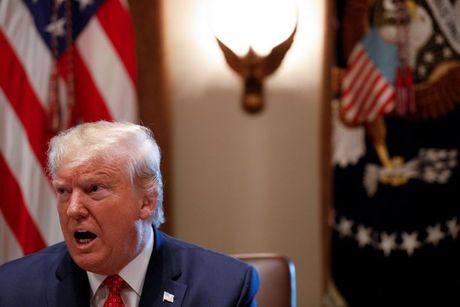 U.S. President Donald Trump on Tuesday warned that failure to get a trade deal with China will prompt more tariffs.

"If we don’t make a deal with China, I’ll just raise the tariffs even higher," he told reporters at the White House.

Trump's latest tough comment came as markets are watching intensely for signs of progress in the two economic superpowers' attempt to reach a so-called "phase one" partial deal taking the heat out of a growing trade war.

Predictions of a resolution have come and gone repeatedly as Trump veers from hints of imminent deals to declaring his satisfaction with the current standoff, because the United States is pulling in billions of dollars in trade tariffs.

Skeptics say even a partial pact hinges on Trump rolling back existing tariffs, something his latest comment about increasing the duties would appear to put in doubt.

Congress could take back this power to impose tariffs. Undelegate its authority, what would the term be: cancel the delegation of authority.
As they told me in Kenya when I was a Peace Corps Volunteer 1978-9, one year was enough, "You can delegate authority but you cannot delegate responsibility."
The world knows how to do democracy: it is waiting for the European imperialists to admit defeat. Truly, it is Europe, and most especially the US, which needs to clean up its act. Trump is doing that. He is causing the White Elite Racist Establishment Which Otherwise Loves Freedom to self-destruct by talking itself to death. Which is good for it, too. It will suddenly realize what it has been doing in this so-far wasted life it's been leading. In the movies the werewolf, played by Lon Chaney, Jr., is always wanting to die.