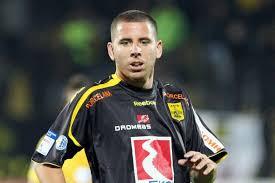 Former Spanish footballer Sergio Contreras, who played for Marseille, was arrested on Tuesday on suspicion of heading a drugs ring, police said following a string of raids in southern Spain.

The 36-year-old was arrested in the seaside town of Estepona during a string of simultaneous police raids which also took place in Malaga, Granada and Sevilla, police said.

"Some 20 people were arrested. They were in possession of nearly a tonne of hashish and 700,000 euros ($775,000)," a police spokeswoman said, indicating the operation was "still under way".

Speaking to AFP, a police source said Contreras was "in charge" of the smuggling outfit.

"He was the head of the organisation," the source told AFP, saying the raids had also turned up various weapons, including sidearms and rifles, as well as paperwork.

Contreras is currently being held at a police station in Malaga.

After starting out with Malaga, Contreras then spent several seasons at Marseille before moving to Greek side Aris Thessaloniki in a career which took him to Azerbaijan, Germany, Bolivia and the U.S.

The police operation was dubbed "Operation MasKoke" in a nod to the former striker's nickname "Koke" -- not to be confused with the current Atletico Madrid captain Jorge Resurreccion Merodio, who goes by the same moniker.