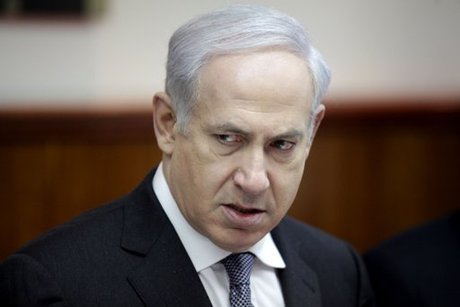 A defiant Benjamin Netanyahu rejected all allegations of graft Thursday, vowing to stay on as leader in Israel despite being indicted on a series of corruption charges.

Netanyahu denounced what he called the "false" and "politically motivated" allegations, hours after being charged by the attorney general with bribery, fraud and breach of trust.

"What is going on here is an attempt to stage a coup against the prime minister," Netanyahu said.

"The object of the investigations was to oust the right wing from government."

In a 15-minute speech, Netanyahu railed against his political rivals and state institutions, accusing the police and judiciary of bias.

The veteran politician argued that it was time for an "investigation of the investigators".

He vowed to continue as prime minister despite potential court dates and intense political pressure.

"I will continue to lead this country, according to the letter of the law," he said.

"I will not allow lies to win."

An amateur in comparison to the berrys, Aouns, Hariris and the others.

Stick to the topic. I know that you love israel and bibi. But this is abour bandook bibi

That's exactly what I did. I advise him to come learn from the Lebanese embezzlers and criminals.

of course, it turns out they killed no less than 23 terrorists.