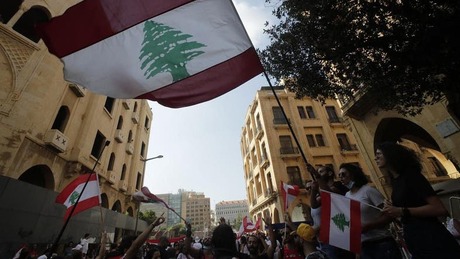 There were no regional or international positions regarding the latest developments in protest-hit Lebanon, but a “friendly” tripartite American-British-French meeting on Lebanon has been postponed, al-Joumhouria daily reported on Monday.

The meeting, orchestrated by French President Emmanuel Macron, was expected to be held this week in London to discuss the situation in Lebanon.

Macron aims to relay a strong message to Lebanon's political class urging it to address the rightful demands of the protesters, expedite the formation of a government and implement reforms, paving the way to unlock billions in investments agreed at CEDRE aid conference in April 2018.

“It has been postponed to a later date until contacts about the developments in Lebanon are complete,” diplomatic sources who spoke on condition of anonymity told the daily.

It brings together the heads of Middle East departments in the three foreign ministries - the American David Schenker, the French Christophe Farnaud and the British Stephanie al-Qaq - which was held last month in Paris.

Macron suggested the meeting in a bid to showcase international support for Lebanon’s stability, as the Mediterranean country grapples with nationwide protests since October 17.

With demonstrations continuing well into their second month demanding an overhaul of the entire political class, President Michel Aoun has yet to call for binding parliamentary consultations after the resignation of PM Saad Hariri.

Hariri resigned on October 29 bowing to the people’s demands.

France can always be relied upon to help us, lets see back in the 70s they returned the Ayatolah of rockinrolla to Iran...that helped them.
A few years back they released our insane ex dictator and look at the wonders that did for us!
We can only hope that the M.E. can return the favor to the French one day soon...