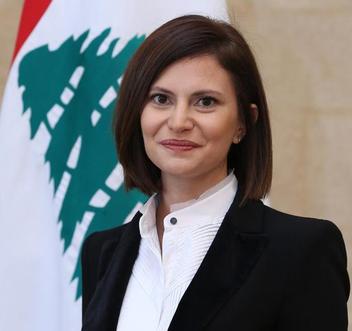 Caretaker Minister of Energy Nada Bustani on Monday postponed a fuel tender to import gasoline by one week “to pave way for more competition.”

Bustani was set to publicly open bids from private fuel companies on Monday following the strike of gas station owners last week that paralyzed the country.

The Ministry “received two gas tenders and two requests to delay the tender for one week until next Monday. This way, we would allow more competition,” said Bustani in remarks she made in a press conference.

The Ministry “initiated the tender for fuel imports in a bid to control prices from rising and avoid fuel shortages,” she said.

She urged private companies to step forward and submit their documents before next week “for better competition and better prices.”

Knowing that around 14 companies submitted their documents to partake in the tender, she said: “In the last 48 hours pressure was exerted on (some) companies. Having only two companies does not mean the tender failed,” she added.

The Ministry “decided to enter the competition after the fuel crisis. We decided to get involved when the current oil companies said they were incapable of opening letters of credit (in dollars) from the bank,” to import fuel.

Lebanon’s fuel crisis emerged last week against the background of a shortage in dollars.

The Lebanese pound is pegged at around 1,500 pounds to the dollar, and both are used interchangeably in everyday transactions.

But banks in Lebanon have been rationing dollar withdrawals, forcing those in need to resort to money-changers and pushing the unofficial exchange rate above 2,000 pounds to the greenback.

The central bank last month said it would help fuel importers with access to the dollar at the lower official exchange rate.

But petrol stations say they are making losses because they are forced to buy dollars at the higher rate to pay importers demanding the foreign currency.

The government stepped down on October 29, less than two weeks after the October 17 demonstrations erupted, but the country's deeply divided political parties have failed to form a new one.

She has been about as useful as tits on a wild boar, elect me and watch me do nothing. enjoy the reap of what you sow....