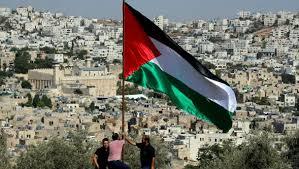 The United Nations Conference on Trade and Development report estimated the total fiscal loss to the Palestinian government between 2000 and 2017 at $47.7 billion.

The figure included $28 billion in accrued interest and $6.6 billion in leakage from Palestinian fiscal revenues.

It said the amount would have been enough to eliminate the Palestinian government's $17.7 billion budget deficit over the same period more than twice over.

The report argued if the $47 billion had been invested sensibly in the impoverished Palestinian economy, it would have created an extra two million jobs over the 18-year period, or 110,000 a year.

The report was presented at the Palestine Economic Policy Research Institute (MAS) in the West Bank city of Ramallah, home to the Palestinian government.

Misyef Jameel, senior researcher at MAS who worked on the report, said they only measured the direct fiscal impact.

The real figure for all loses was likely much higher, he said.

If the West Bank were to become a self-policing series of bantustans, Israeli expenses would be reduced markedly.

How onesided can a report be, when the senior researcher is a Palestinian himself?
They do not take into account the hundreds of millions of dollars which have flowed into the Palestinian economy from the tens of thousands of Palestinians working in Israel, or the millions of dollars of income from sales to Israelis when the situation enabled them to cross into Palestine to make purchases in shops,restaurants etc. Go to Jenin any Saturday morning and you'll see thousands of Israelis there.