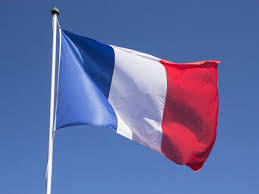 French Finance Minister Bruno Le Maire said Monday that U.S. officials no longer wanted a global deal on taxing multinational technology giants, and that Washington might be preparing penalties over a digital tax implemented by France this year.

The OECD is overseeing negotiations among 134 countries to forge a system to make firms pay taxes in the countries they operate, amid growing public anger over tax-avoidance techniques allowed under current laws.

France moved ahead with its own digital tax, drawing the ire of U.S. President Donald Trump even though France has vowed to scrub the levy once a global accord is in place.

But on Monday, U.S. Trade Representative Robert Lighthizer is to announce the impacts of the French tax on U.S. companies, and possibly retaliatory measures from Washington.

"Having demanded an international solution from the OECD, it (Washington) now isn't sure it wants one," Le Maire told France Inter radio.

"We can see that the United States is shifting into reverse," he said, adding that Trump "is going to content himself with imposing sanctions against France over its national tax."

"I understand that we're going to have a response probably today by Mr Mnuchin telling us that finally it doesn't work," Breton told BFM television.

"If it doesn't work, we will consider the issue at the European level," he said.

But efforts last year to craft a European tax on digital giants failed after opposition from countries including Ireland, which has attracted the EU headquarters of Apple and other tech firms with low corporate taxes.

Under EU law, companies can declare their revenues from across in the bloc in a single jurisdiction, depriving other members of their share of the tax revenue.

That spurred France to set its own tax, expected to add 400 million euros ($444 million) to France's coffers this year, and Italy followed suit with its own tax in October.

Trump has called France's levy "very unfair" and threatened to tax French wines and other exports, though he and French President Emmanuel Macron said a truce had been reached during the G7 summit in France last August.

Google, Apple, Facebook and Amazon -- grouped together as GAFA in French -- have criticized France's unilateral move as discriminatory, prompting the investigation by U.S. trade officials.

"My message will be clear: We will never, never abandon this justified determination to tax digital giants," Le Maire said Monday.